Metal roofs are frequently used by engineers, architects, and contractors because they are lightweight, durable, and relatively easy and inexpensive to install. However, they have one major weakness, leaks, which often develop along the seams of metal roofs due to rust, corrosion, deterioration of fasteners, poor joint design, or structural settling. Fortunately, Tillotson can help you compensate for these problems associated with metal roofs.

Metal roofs wear out over time in part because the neoprene washers fatigue and the holes around the screws become distorted due to the expansion and contraction of the metal. In addition, the mastic between the sheets can get hard and crack. Seals around skylights and other penetrations eventually deteriorate as well. To repair leaking metal roofs, Tillotson first power washes the roof to remove debris and dirt. Next, we make sure that the metal is secure by tightening, adding, and replacing the screws or nails that are not properly in place. Patches are added to sections of rusted out or broken metal. Sealant or fabric with coatings is applied to the vertical and horizontal seams as well as around the penetrations and skylights. Screws are treated with a sealant. Finally, the entire roof is sprayed with usually a white roof coating, which makes the entire roof seamless and waterproof. Other roof colors can be sprayed besides white, tan and gray are the other most popular colors. This process is referred to as a metal roof restoration system. This system does not add any additional holes in the roof and is a third to half the cost of alternatives such as single ply, a new metal roof or a spray foam roof.

Metal roofs wear out over time due to a number of things which can lead to water in the building. The neoprene washers on the screws or nails wear out, and the screw holes become oblong due to the expansion and contraction of the metal. The mastic that is put between the sheets along the seams will eventually get hard and crack. Skylights and seals around penetrations such as vent pipes are also a common cause of failures.

The system that Tillotson Enterprises uses to solve the problems previously stated is called the Metal Restoration (MR) System. The roof is first power washed to clean the substrate. Screws are tightened and, in some cases, added to ensure that the substrate is secured to the building. Patches are added to bad sections of rusted out metal or breaks in the metal. A rust inhibiting primer is applied to any of the metal that is showing rust or signs of rust. In some cases, this primer is applied to the entire roof if the rust is bad enough. Sealant or fabric with coatings is applied to the vertical and horizontal seams as well as around the penetrations and skylights. This adds strength to the seams so that when the metal expands and contracts it does not tear the coating. Every screw is then treated with a sealant. Finally, the entire roof is sprayed with a white coating. Other roof colors can be sprayed besides white, tan and gray are the other most popular colors, but special coats can be applied. Consideration may need to be taken when applying dark colors, due to the fact that dark colors fade faster and take in heat when compared to lighter colors. No matter which color these coatings makes the entire roof seamless and the complete system makes the roof waterproof.

Cons: Some contractors use cheap coatings which will not last. Some coatings get brittle with age, turn chalky; or get hard and crack over time.

A new metal roof doesn’t come with a “leak free” warranty. The roof may come with a 20-year warranty on the building but read the fine print, this is not for a “leak free” roof. They will come out for about a year and put caulk on seams, etc. to show effort to stop leaks until you finally you get tired of calling or they say their obligation is up. With the Tillotson MR system you can get a 10-15 year “leak free” warranty on material and workmanship. The roof system can be written off in one year in taxes as “maintenance and repair”; and does not depreciate out like a new metal roof, single ply; or foam roof needs to be.

This is where a new metal roof is placed over the old metal roof called (retrofit) or the old metal roof is torn off and a new one put in its place. This is fairly self-explanatory. When we started roofing since 1990, the type of roofs that we applied the MR system on were about 20-30 years old. In the last several years the age of the metal roofs has drastically decreased to 5-10 years old to not even finished. We believe that our industry suffers from a lack of experience and pride in workmanship. Another problem is that all the screws today are put in by electric drills which may not be set property causing screws to be over-tightened. All together, this makes for less than quality work. There are still good roofs put on by good crews, but don’t think you can be assured of a “leak free” roof every time. The roof may come with a 20-year warranty on the building but please read the fine print!

Tar roofs have been popular from the beginning of the commercial and industrial roof systems age. Unfortunately, these types of roofs are dated technology. These roofs were being put on before man ever walked on the moon and, the process has not changed. Also tar today is not the tar of 30-40 years ago. Tar used today does not have as long of a lifespan as the tar used years ago, due to EPA regulations. Another problem is that today’s workers will not labor under harsh conditions necessary to perform the work needed to accomplish this type of job. On a 90-degree day in the summer day, working on a black surface, it is possible that the roof temperature can reach 150-170 degrees. These systems, which used to last 20 years, are now only lasting 10 years. Once they wear out, they need torn off and replaced with a new one. They are black, not white and are not energy efficient! Sometimes rock is put in the tar on these systems for two reasons: to protect the roof from the weather and to re-heal itself from when the tar gets hard in cold weather and then warms up and re-melts and flows back together again. Due to EPA regulations, tar does not have the ability to get hard and then re-melt over and over like it used to.

This roof system is often associated with stories of roof contractors burning down buildings. Tar and rubber emulsion are combined and then blended together to make a hybrid roof system. This is accomplished by taking the sheet provided by the factory and heating it to the point of melting with blow torches which glues the sheet to the roof.

Fill out the form below and one of our professionals will contact you to schedule your estimate. 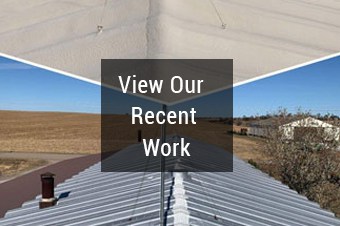 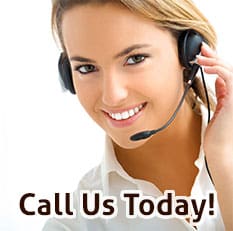 Please complete the following form to schedule your free consultation. Your appointment will be confirmed by phone by a member of our staff. Thank you!